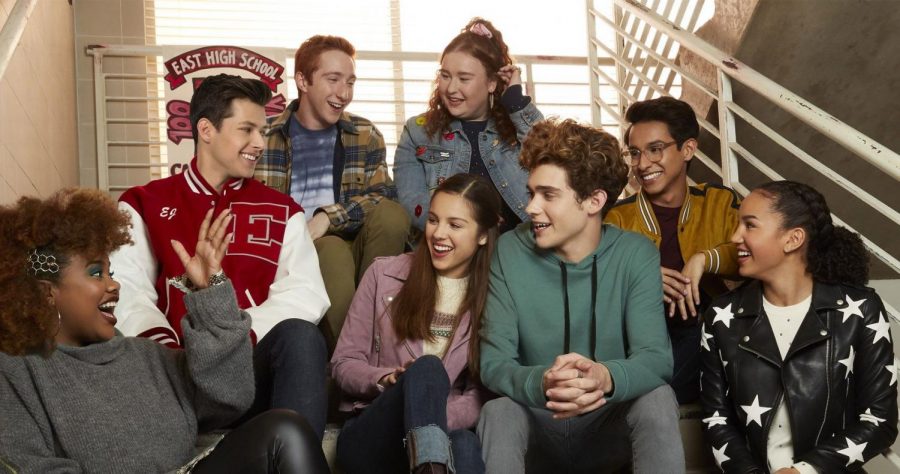 High School Musical (HSM) is one of the biggest and well know Disney channel movie that has been released. The concept, along with the catchy songs have made the movie what it is. However this idea has far from left the Disney screen.

The show stars Olivia Rodrigo who plays the character Nini and Joshua Bassett who plays Ricky. These two characters are love interests in the show. During the beginning of the series, Nini writes Ricky a song declaring her love for him. Out of nerves, Ricky does not say this back and breaks up with Nini. This whole situation brings tension in drama club after Nini and Ricky are casted as Troy and Garbiella ( who are love interests) in the play.

In my opinion, especially in the newer series on Disney channel, the series are not as good as some of the classics; however, I think this show portrays the characters very well and the actors have a good energy without it feeling like they are trying too hard to be over the top.

Judging by the title and background of the show, it’s obvious that this show is heavily revolved around music. It is that Olivia Rodriogo  wrote and co-wrote her songs that were a part of the show. Outside of the theater the charaters have a genuine interest in music, which makes the TV shows original songs much more sweet and genuine. “All I Want” is a song performed by the protagonist, Nini. She sings about two guys that both disappointed her. I personally enjoyed this song, and I think that had to do with the real life sentiment put into the lyrics.

Nini goes through tough times when another girl tries to take her spot as the lead role in High School Musical: The Musical. Nini was said to be a confident singer up until she began to have boys in her life. This was said to be the reason why her own music reflected heartbreak and the confidence she once had in her talent shifted downwards.

I do think that this show has a good concept, and it shows issues that the ordinary teenager may go through. Obviously everything is still toned down because it is a Disney show; however, I like the idea and how they made this come to life without trying to directly copy or attempting to remake the original films. Overall, I really like this show, and I recommend it to anyone who likes shows/films with singing and exciting performances.

The new season of this show released on May 14, 2021, on Disney + , and will continue the story of the characters as they prepare for their Spring play.