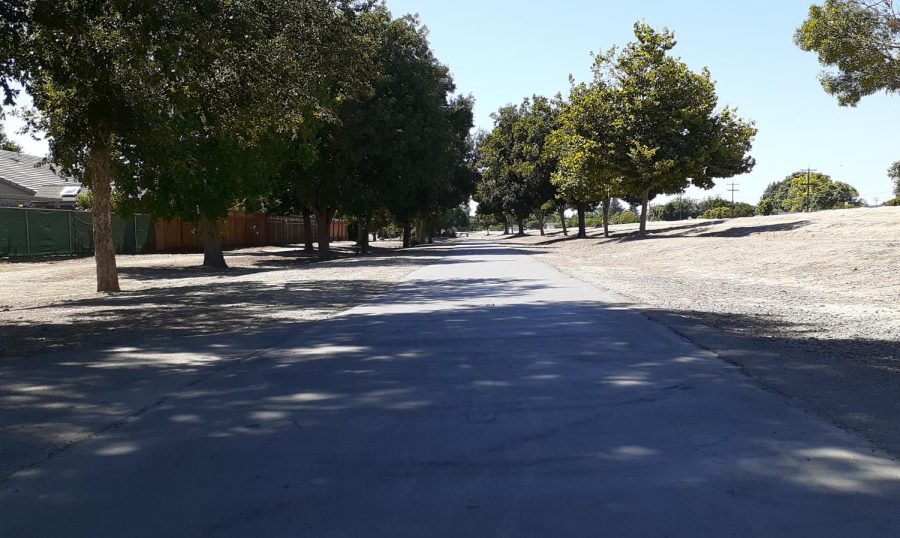 You will not know what lies ahead if you do not move forward.

As we all know very well, every since the rise of COVID-19 in the late fall of 2019 and the worldwide outbreak in the winter of the same year, each and every one of our lives changed. It can be certain that those days, although in the near future will be nothing but memories, will not be forgotten. Especially to the students who were either the majority online and/or later on joined on a hybrid schedule for the secondary level schools.

Of course, yours truly is one of these fellow students. And the trail traveled during this pandemic was one rocky and jagged one. Not just in school, but in daily life as well.

Surely, in the psychological aspect, a great handful of alumni and other individuals struggled to deal with this new situation. After all, initially, the pandemic brought worries, doubt and of course, the overwhelming stress. Adult or young one, nobody was free from experiencing the consequences of this virus. Not only from contracting it, but its effects in other sectors of life, from work to health to routines.

And along with those effects came consequences. Shut downs led to jobs closing, which accumulated the stress and anxiety, families were torn apart. Friendships were terminated. Distancing made many almost isolate from other. And many countless loved ones lost their lives to this terrible virus. And if not to the virus, but by their own doing.

I myself have seen how people who I considered friends turned out to only be interested in what I had.  How many showed their true colors. How many individuals no longer talked to one another. The depression and worry surging in many. Families splitting in half. How familiar faces, the ones full of radiant energy and smiles vanished over time. Off the face of the Earth.

How a world could descend badly in a matter of days. Not to mention other countless events that have unfolded nationally and worldwide, from mass rioting to increasing division and the infamous Capitol storming.

And despite all that, here we are. Still breathing, even those who were infected and still pulled through, are still here.

So, what can we do ? Many keep asking themselves what to do, now that it appears the pandemic is coming to a close with the vaccination process accelerating a great speed.

To some it will not be easy. To others, accommodating to this reality was not much of a struggle, much less will be moving on.  And for those unsure, advancing may pose a challenge. But whatever the case may be, despite the pain caused by this pandemic, we must keep moving forward if we really want to endure further challenges. It is all we, as human beings, can really do.

It would be absurd to state that I managed to accept that phrase immediately. It took its time. Why ?

Many of us believe some things that have already unfolded could still be changed, myself included. May it be past grudges, past misdeeds done to us, mistakes and errors we committed, or that we were in the wrong, but refused to accept it. Even though many of us wish we could undo the past, the truth is, as we all know, it cannot be changed, no matter how badly we desperately want to.

What we can change is the future. Whatever decision we take now, may it be a smart decision. Carefully thought out. A decision that will do one’s self good later on. That way, we can be able to move forward.

And when we keep going down our own path, let’s not abandon some of those beneficial hobbies and activities that some of us abandoned prior to COVID, but picked up once more during the pandemic. If those hobbies brought you peace of mind, don’t abandon them. It may be the physical activities, such as working out or sports. A good jog or a simple walk that makes one feel relaxed. They can also be the creative hobbies, such as writing, drawing, painting, crafts and arts, and so much more. Or maybe the entertainment, such as reading, listening to music, watching that TV or animated series you like, or that good movie or Anime which had you on the edge of your seat, eyes glued to the screen.

We cannot also leave behind the new life lessons we acquired, as well as the beautiful moments which sprouted despite such dim situation. These beautiful moments may be our own self-redemption, new friendships and bonds, or just fun time with the family.

I have learned to enjoy every moment life offers. Not every moment is a bad one, maybe, despite the hundred negative events that unfold in your day, there may be one special moment that outshines the negativity.

I have also learned to spend time with family as if it were the final day. Appreciate your parents. Show love and gratitude to them. And, even though they can sometimes get on your nerves, don’t neglect your siblings. Be sure to spend time with them as well. With siblings and parents, don’t lose that communication, much less that bond that ties a family strongly.

Because one day, you may not have the same people by your side as yesterday.

What you will have, is the strength, courage, love, hope and determination that was cultivated over time.

So when we exit this phase in history, let’s take it in as both a unique experience and privilege. Despite the hardships, the solid bonds many of us formed must last a long time and bring us closer together both in the best and worst of times.