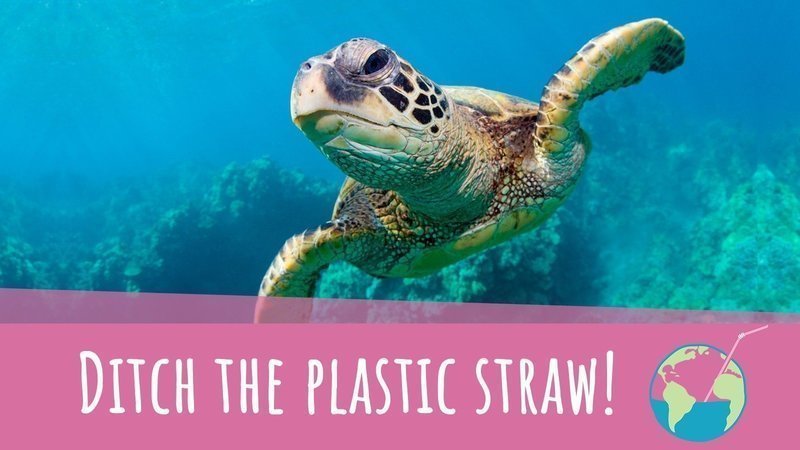 This advertisement encourages people to stop using straws and show some concern for the sea life.

Over 100 million marine animals die every year due to plastic debris from the ocean waters. Plastic straws are in the top ten kinds of plastics found at beach clean ups.

The website, Sea Turtle Conservancy stated that in the U.S. alone, around 500 million straws are used every single day. That is enough straws to circle around the earth 2.5 times!  Straws are used for around 20 minutes before throwing them away; we don’t know the damage it can cause to many animals. It can take up to 200 years for plastic to decompose, and they can’t be recycled.

According to National Geographic, “Plastic straws break down into smaller pieces, and it releases chemicals that are harmful to marine wildlife and to humans.”

The whole straw debate began when a YouTube video of a turtle with a straw stuck in its nose was uploaded. The online video went viral, and it leaded to the trending hashtag #stopsucking on Facebook and Instagram. Although much evidence shows the negative impacts of plastic straws and how it effects animals and the environment, many people continued to argue against a possible straw ban.

The California straws-upon-request bill will be enacted in January 2019. California will be the first state to prohibit the offering of plastic straws. This request bill is aiming to reduce plastic pollution. Under the state legislature, bill violations include one warning for first and second offense against businesses. Operators that don’t fulfill can be fined as much as $300 a year.

Anyone can take action; people can say “no straw” before ordering. Another way to reduce plastic pollution is by getting reusable straws, such as stainless steel, paper, or even glass straws! To prevent even more plastic use, communities can participate in beach clean ups, spread the word, or support organizations that address plastic pollution.

Be part of the solution, not the pollution!