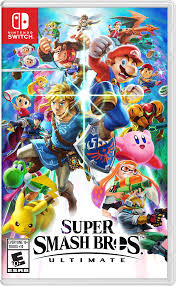 Super Smash Bros. is a beloved childhood franchise for many.

The new game is looking to increase the already massive roster of characters to a total of 76 players. The franchise’s previous release did not make as much due to the unpopularity of the Wii U.   But with the new blockbuster console, the Nintendo Switch Sales are expected to be one of the franchise’s highest. There is significant fan support for the games launch given that the Nintendo directs involving the game have been watched over 7.5 million times.

There are some students on campus that are rather excited for the game.  Paulo Campos said,¨I love Smash Bros. and can’t wait to play the new one.¨

Another gamer, Felix Sanchez said,¨This game was big part of my childhood, and I’m so happy it’s survived to today.¨

This game has a very large fan base spanning almost 20 years. The excitement for this game’s release is undeniable.