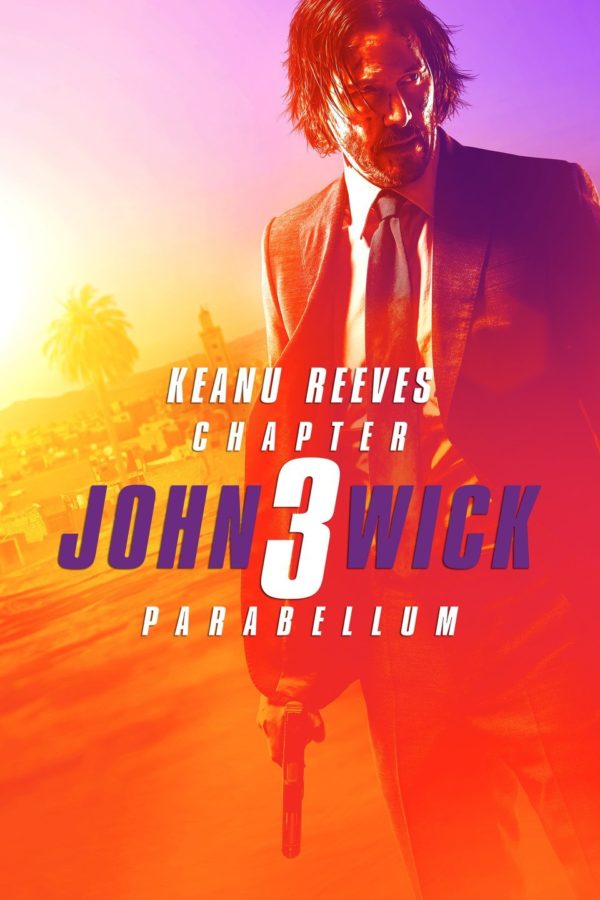 With summer upon us, movies are fun ways to spend time cooling off and being with friends.  One movie in particular is a hit to me.  John Wick: Chapter 3-Parabellum was one of the most hyped movies of the year. John Wick: Chapter 1 and Chapter 2 was known as some of the best action movies ever produced. It was hard not to be hyped for this sequel. Best of all, the movie did not just deliver on action, but it was more than we could have ever expected. Chad Stahelski, the director of the film and the two previous ones really out did himself with only a budget of $55 million dollars.

Keanu Reeves played John Wick and is very well-known from his Matrix series and the previous John Wick movies, as well as the upcoming Toy Story 4 play. The continuation of his role as John Wick in the third movie was one of the best roles I feel he has played in the past couple of years.

The story takes place immediately after Chapter 2 only minutes later. John Wick has to survive and everyone has turned against him. Every action scene felt very realistic. The soundtrack was very good with many of the songs from previous movies playing. With the movie being rated R, there was a lot of gory scenes with some making the audience cringe from the horror.

The movie was the best live action this year 2019 and is a must watch for all action movie lovers.

“This was literally one of the best movies I have ever since End Game,” Austin Young (12) said.

“I just want to say Yuuuuup this is the second movie I have since this year, and I quite enjoyed it,” said Jonathan Arredondo (12).

Check the local theaters for showings.