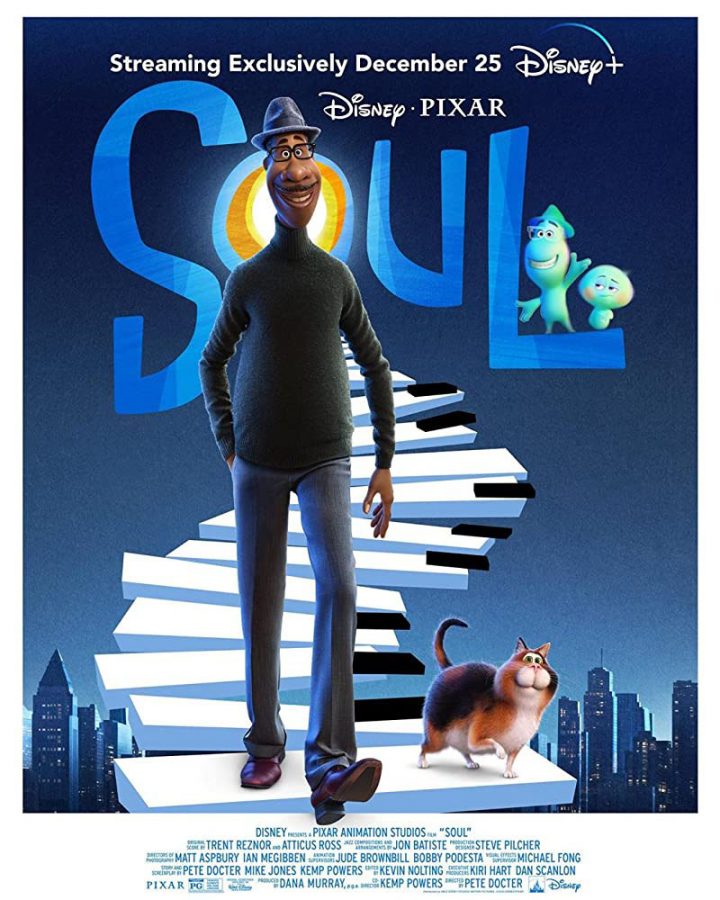 Disney and Pixar animation studios have recently released another movie to go with all of their amazing line up movies. Pixar has made so many movies that are childhood favorites for millions so when they release a film it is always a big deal since they are on of the most consistent movie makers in cinema. Soul was released on Disney plus streaming services and was announced to be staring the first black protagonist in a Pixar film. Jaime Foxx voices a part time music teacher Joe Gardner who is a passionate, talented, and unsuccessful musician.

Pixar movies are known for being family movies, enjoyable for everyone, children and adults alike.  Children will enjoy the colorful animation, lighthearted story, and humor, while adults watching will be interested in the rich story, great dialogue, and pop culture references. This movie is set in the current day and has probably the best real city representation in a Pixar film.  There is even a theory in the movie on why the New York Knicks are so unfortunate.

The film starts off with Joe Gardner who is offered to start working at a school full time and commit to his career as a teacher which would come at a cost of his dreams of becoming a jazz musician.  His family immediately encourages him to take the job, but he gets a phone call that he could possibly preform with one of his inspirations, Dorothea Williams.

Joe does manage to impress Dorothea with his skills on the piano, and she offers him to perform live with her in front of a crowd to get his name known. Ecstatic with the news and opportunity, he is so distracted that he falls down a sewer hole and is transported from a city to a whole new place as a small little being, a soul. The movie then is all about him finding his way back to earth and still performing live to show his talents as a musician to everyone.

Pixar film incorporates music with lots of love and references to black culture. It is similar to one of Pixar’s films, Coco as it serves as a way to show another culture with respect. The music style throughout the whole movie is Jazz and sounds amazing.  Seeing the characters play the instruments only adds to the appeal of the music, giving it a sense of realness because the music is not just coming from the background and does not distract the viewers because the music is crucial to the film.

Pixar’s animation might be at it’s best here with the new technology.  It is really an appealing movie to the eye with many creative ideas and scenes.  Overall, the people making this movie clearly put a lot of respect to the art style to make it unique and still very appealing.

Pixar’s Soul is a great and lighthearted movie, released in time for the end of a rough year. Pixar is still going strong and releasing creative, rich, and great movies with Soul being a standout movie throughout their already impressive line up of classic movies which I highly recommend to everyone.