Coffee industry at a crisis 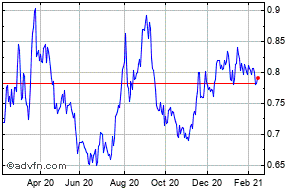 If there is one thing we could all agree on, it is that there are a lot of issues currently going on the world. With the abundance of problems we have, a lot of them unfortunately slip our minds and wait to be resolved. This has been the case for a while with our coffee bean production.

As time goes on Global Warming becomes more and more of a problem, and it will continue to be a problem as politicians ignore it and deny its reality. The coffee bean is carried by an incredibly delicate plant that only flourishes in temperatures between 64-70 degrees.  That is a very small temperature margin. If the plant gets too hot, the berries won’t grow properly, and if it gets too cold then the plant will freeze and die. Not only that, but the plant requires a specific amount of rain, and a three month dry season so it could flourish its berries. There are a lot of requirements for some coffee plants, but meeting those requirements is only getting harder and harder for farmers as the world keeps heating up.

Both of these combined create a deadly weapon that’ll be used against coffee farmers, affecting many consumers. Columbians have already felt the impact of all this. In 2009 a crisis sparked in Columbia as extreme weather destroyed their coffee plantations. Ever since, Columbia’s coffee production has been at an all time low. Some farmers nowadays compare planting coffee as losing money, because they can not even make enough to break even with the coffee minimum so low. Not only that but there is a very high probability that the coffee plant won’t produce good beans due to the hotter temperatures. Due to this reasons, many coffee farmers have left the coffee industry and started planting other crops.

There are existing solutions to producing coffee plants as the world heats up. For example, farmers could elevate their crops uphill to cooler temperatures. They could plant trees to shade the coffee plants. Or they could even breed their plant with other wild coffee plants to create a more resistant coffee plant. The only problem is that all these solutions cost money, something that these farmers do not have anymore thanks to the coffees fluctuating economics. Eighty percent of coffee is grown by smallholder farmers, but they will not be able to afford these changes if coffee is their only crop. So unless there’s another international coffee agreement, coffee might be a thing of the past.