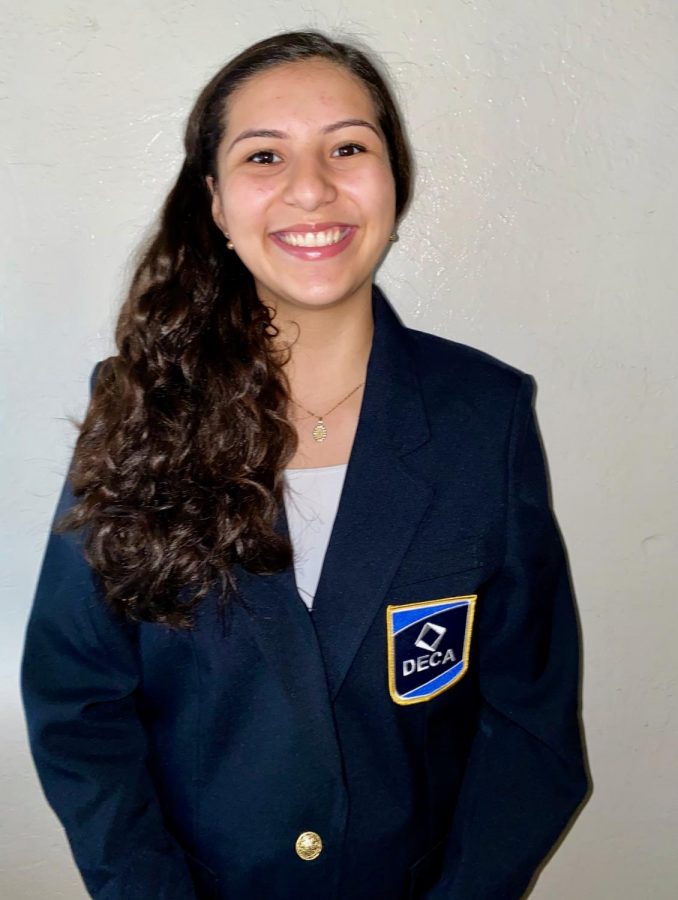 The DECA Club participated in the Career Development Conference. The conference is a competition among the Northern California DECA association, in which students are tested on leadership industries.  The areas of the competition are Business and Finance, Marketing, Hospitality and Tourism, and Management.

Emely Guzman, a junior participated in this event, as part of the DECA Club, and won 7th place in her area for Hospitality and Tourism.

“I did many things in this event. First, I had to take a 100 multiple choice question test with a time limit of 60 minutes. Then, I had to record my two role plays that I was given and submit them through the online website. It was very stressful because this was all new to me given that it was my first year doing it and also because everything had to be done virtual with all the portals,” explained Guzman.

During this event, she participated in a role play in which she had to present to the judge of this event, as if it were her boss  and present a “plan.” Being that this year is virtual, the competitors had to record a video of themselves and submit their work.

This event was an amazing way to show out DECA students how capable they are of success and has given them a reason to be proud of themselves being that they are such bright minded individuals who can use their skills throughout their future careers.

“I prepared for this event by taking practice cluster exams, practicing talking in front of a camera, and also by watching Youtube videos on how to maintain the judges attention,” said Guzman.

She followed up by saying, “I learned a lot from participating in this event. I didn’t only learn how to approach and solve problems that are presented in the Hospitality and Tourism industry but also how to manage my time to get everything done.”

Due to her hard work, and the fact that she placed in the top 10 in her category, Guzman will be competing in the state career development conference at the end of February.

The DECA Club would also like to recognize and congratulate senior, Isabel Salas who competed in the Entrepreneurship category. Salas also took a test and took on two role plays regarding business plans.

“I was so happy that they did it; it is a good experience  just to participate in the whole process and it was something they had never done, but now they know they can do it. I think it’s a good overall experience and confidence builder.  They had to plan out their presentation and even created some visuals for their presentation,” shares Ms. Austin, DECA Club advisor.

This was a great opportunity that both students took advantage of. They both performed exceptionally and proved that their hard work will take them far in the workforce.